Dubai, January 18 (SO News) The ninth cricket tournament of Bhatkal Premier League (BPL) is starting from February 6 and will continue till February 27. Like previous years, this time also all the matches of the tournament will be played at Ajman Ground.

This time, 140 players from Bhatkal and surrounding areas of Bhatkal living in different cities of the Emirates had registered their names to participate in this tournament, in which six teams selected a total of 90 players through auction. 300 points were given to each team for player selection.

Bhatkal Asadullah team’s well-known all-rounder Asjad Haider proved to be the most expensive player this time who was bagged by Galaxy Titan with 113 points, similarly Safwan Shanu who performed all-round in Bhatkal’s YMSA was the second most expensive player. DYS United won by 110 points.

In previous years, the matches of the tournament were played on Fridays, but this time, as the UAE government has declared a weekly holiday on Sundays, the matches will be played on every Sunday. However, a semi-final has been scheduled on Friday, i.e. the night of February 25. 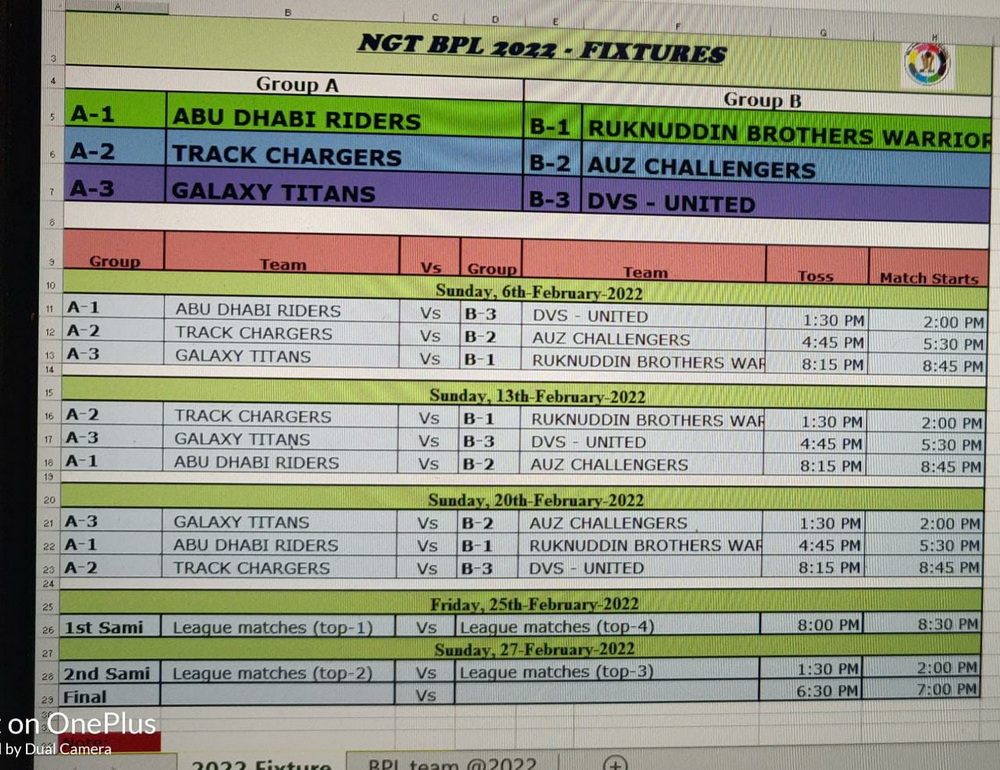 An auction ceremony was held yesterday in a hotel in Dubai for the selection of players in the teams, which started with the recitation of the Holy Quran by Hafiz Hammad Pulloor. Zafif Shengiri recited Naat Pak, Sameer Qazia, Moaz Shah Bandri and Ismail DF introduced the players and presented their profile in the best manner and conducted the auction of the players.

President of BPL Abu Muhammad Al-Muthar presided over the program while presenting the welcome. In his address, Abu Muhammad Al-Muthar said that there are hundreds of youths from Bhatkal, Murdeshwar and Munki who are employed in different cities and regions of the UAE. With the aim of bringing and bringing them closer to each other, BPL has been organizing cricket tournament every year, he stressed on promoting mutual unity and brotherhood through sports and urged the youth to be disciplined. Present your performance in matches with The Chief of the Nation, Mr. SM Syed Khalilur Rehman, who was the chief guest, appreciated the efforts of BPL and expressed his happiness for the get together of youth through sports and voiced that they should participate in sports as well as other social activities. Also show your abilities to the fullest and focus on strengthening social and educational institutions including your communities. General Secretary of Bhatkal Muslim Jamaat Dubai Maulvi Shakib Shah Bandri, BPL Patron Mohammad Ghos Khalifa and Canara Muslim Gulf Council President Ruknuddin Abdul Qadir Basha also expressed their views. The details of the matches were presented by Taha Mualim. Title sponsor of BPL on Dice. Abdul Badi Muniri of Yen GT. Nuhi General Trading, and active member of BPL Zia Jukaku were also present. Abdul Basit Subedar presented the speech of thanks, and finally the meeting came to an end with the modesty of the night.