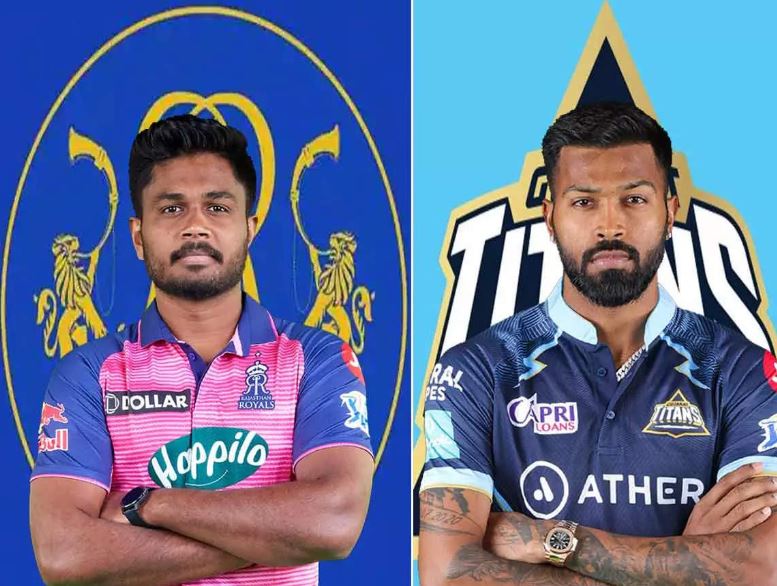 Ahmedabad, May 29 (SO News/Agency) The IPL title match between Gujarat Titans and Rajasthan Royals at the Narendra Modi Stadium today will give the tournament a new champion or Rajasthan the second time after a long gap of 14 years. It will come out.

In the league table, Gujarat is first and Rajasthan is second. In the first qualifier, Gujarat won by seven wickets with three balls to spare. Rajasthan defeated Royal Challengers Bengaluru by 7 wickets with 11 balls to spare in the second qualifier to reach the final where they will once again face Gujarat. Now it remains to be seen whether Rajasthan can avenge the previous defeat or whether the league toppers Gujarat team will claim the title like Rajasthan in their first season.

Ever since IPL 2018, there has been a strange cycle between the teams facing each other in the finals. The winning team in the last four seasons has wiped out the runners-up team throughout the season. Gujarat Titans have beaten Rajasthan Royals twice this season and if we look at the history, they seem to have the upper hand.

Rajasthan’s hopes of repeating their 2008 history after 14 years will rest on in-form batsman Jos Buttler, who scored a match-winning not out century against Bengaluru in the second qualifier. Buttler is the Orange Cap holder with 824 runs in 16 matches played so far this season. During this time his average is 58 and strike rate is 151. He got back on track after a mid-season falter. He has scored 89 and 106 not out in the two play-off matches and Rajasthan will be hoping for the same innings from him again.

Buttler currently deserves the Orange Cap after scoring 824 runs. He has made it clear that he can single-handedly lead the team to victory by scoring the most four centuries this season. After a mid-season falter, his bat has started to speak again. He has scored half-centuries in both the matches against Gujarat Titans this season, but like every time, he will have to stay away from Rashid Khan. Rashid has made Buttler his victim thrice in IPL and seven times in total in T20 matches. Buttler’s average against Rashid is below 10 and his strike rate is below 70. The IPL 2022 trophy is hanging on the battle of these two.

Gujarat wicketkeeper Wriddhiman Saha has scored 312 runs at an average of 34 in ten matches this season. He is just 50 runs away from scoring the most runs in an IPL season. Even as a wicketkeeper, Saha has taken 12 wickets behind the wickets this season.

Young fast bowler Yash Dayal from Gujarat, Uttar Pradesh has taken ten wickets in eight matches played this season. Out of these ten wickets, he has taken four wickets only against Rajasthan.

This season has seen similarities in the performances of Prasad Krishna and Rajasthan Royals. This is because whenever Prasad takes two or more wickets in a match, Rajasthan has won. Not only this, they have returned to the pavilion empty-handed in five matches and in four of those matches, Rajasthan had to return empty-handed. The implication is clear that if Prasad jumps to the finals like the other qualifiers, Gujarat could face trouble.

In IPL 2022, Shubman is batting with do-or-die style. When he was called upon, he scored four fifties. However, when he flops, he cannot even cross the 10-run mark. He has been held to less than 10 points six times this season. Despite this, he has been one of the most successful openers this season. Gayle, who has been dismissed nine times against fast bowling this season, has scored runs at a strike rate of 154 against spin. With this in mind, Gujarat will want to play carefully in the powerplay and open their hands in the middle overs. Gayle loves Ravichandran Ashwin’s bowling and scores runs against him at a strike rate of 166. Also Rajasthan will have to survive as Gayle has scored more than 30 runs on four occasions in his last six innings against Rajasthan and his team has been victorious on all four occasions.

Dropped after scoring only 25 runs in the first three matches, Yashvi Jaiswal has made a great comeback. Playing at a strike rate of 147 in the powerplay, he has given Jos Buttler full time and given the team a flying start. He is making things easy for the team by hitting an average of a boundary every 3.7 balls during the power play.