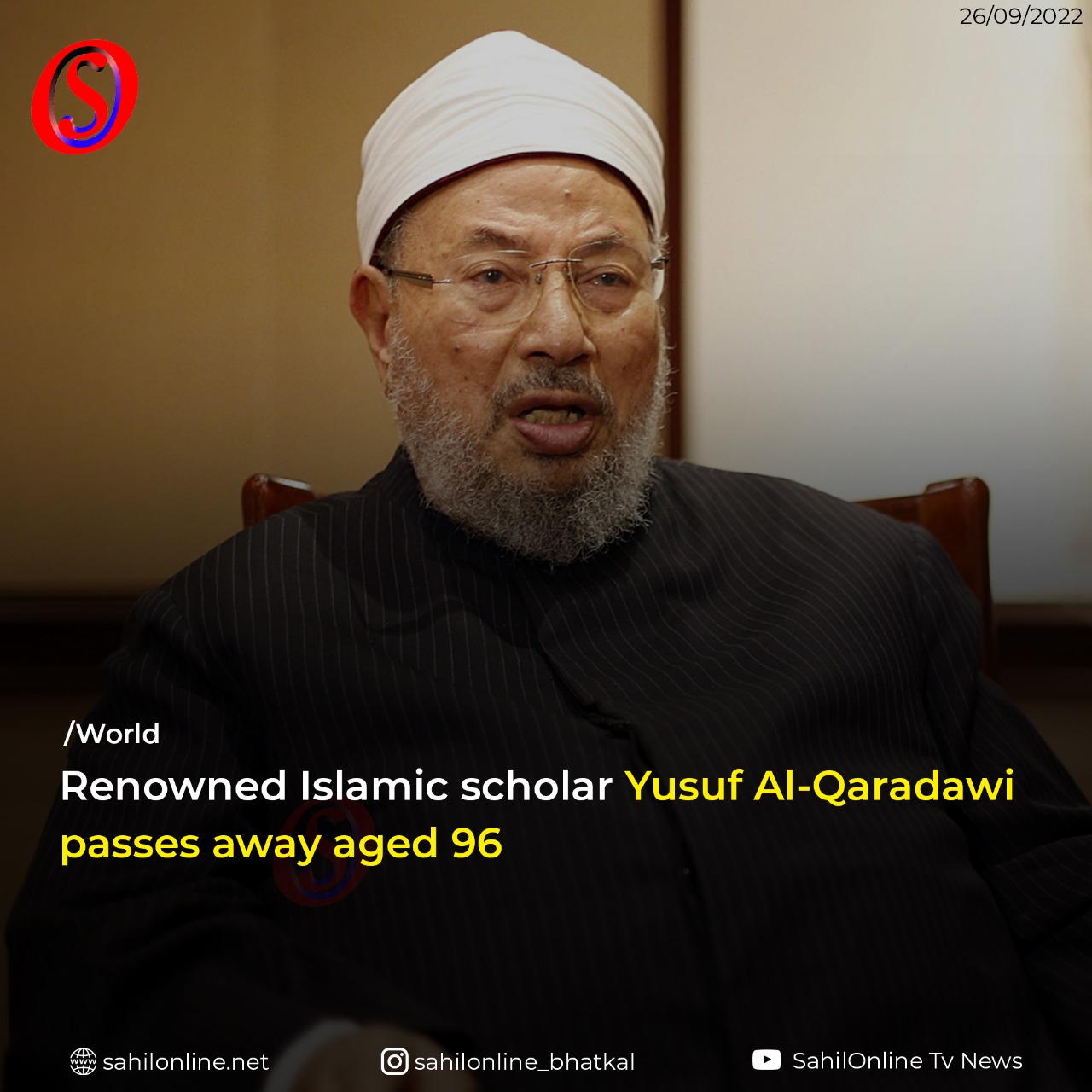 Dubai, September 27 (SO News/Agency) Sheikh Allama Yusuf Al-Qaradawi, the prominent religious scholar of the Islamic world, the author of many books and a popular public figure, passed away on Monday, September 26, 2022. Al-Qaradawi was the chairman of the International Union of Muslim Scholars and one of the spiritual leaders of the Muslim Brotherhood. He was 96 years old. His death was announced on his official Twitter account on Monday.

He strongly criticized the military coup that overthrew Egypt’s first democratically elected president, Mohamed Morsi, in 2013. Mohammed was a member of the Muslim Brotherhood before Morsi became president, and was supported by the movement. Sheikh al-Qaradawi was banned from returning to Egypt after the ouster of Mohammed Morsi due to his opposition to current Egyptian President Abdel Fattah al-Sisi.

The Muslim Brotherhood, the largest and most popular Islamic organization in the Muslim world, played an important role in the Arab Spring of 2011, which helped to overthrow the former president of Egypt, Hosni Mubarak. According to analysts, Sheikh Qardawi also Played an important role. During this time, he had demanded a rebellion against the oppressive rulers and an Islamic system of government.

He was the only figure in the world of Islam, whom every religion, every school of thought and every ideology respected with all his heart and soul. May Allah forgive and grant patience to the entire ummah, Allama’s passing is no less than a shock for the entire ummah.